This post may contain affiliate links. Please read our disclosure for more info.

We’ve all, at some point in life, made significant diet and lifestyle changes, proclaiming, ‘It’s a new me!’. We feel determined to make it work this time… for approximately 57 minutes, and then once again succumb to the temptations of standard American junk. Myself included.

Making the change to a raw vegan diet really will result in a new, healthier, glowier (is that a word?) you, and you’ll notice the changes sooner than you think. But to experience the crazy number of benefits associated with raw veganism, you’ll want to stick to it long-term, and I’m about to make that a whole lot easier.

So what are most common mistakes on a raw food diet that people make? Learn from my mistakes!

So here are the 7 most common mistakes people making when trying to make the change and how to avoid them!

When making the transition at the beginning, I’m a big believer in making gradual changes. Buying more fruits and veggies and swapping a typical meal to one packed with vitamins and minerals, like a juice or smoothie, is a great way to start.

But trying to make such an amazing change will be infinitely harder if your kitchen is filled to bursting with processed snacks and your fridge is full of disease-causing meat and dairy. Those sugar-encased doughnuts will call you menacingly from the murky depths of your cupboard like the child-snatcher from Chitty Chitty Bang Bang, tempting you into their grease-filled lair. Even though you know you shouldn’t, you are not going to resist. And we all know how it’s going to end…

To completely avoid this temptation, along with sugar crashes, bad skin and devastating diseases, have a clear out of all the processed junk, meat and dairy still lurking in your home and fill it instead with life-giving, enzyme-packed fruits, veggies, nuts and seeds. Then, when you fancy something sweet, you’ll choose a fruit platter, fruit chips or raw dessert, satisfying your cravings, and you’ll still feel incredible afterwards.

I talk about the stereotypes of being vegan and raw vegan a lot, because they’re important to understand, and, eventually, ignore. Many of those who follow the standard American diet immediately think of raw vegans as rabbit-like beings, who’ve grown ears and two long front teeth from nibbling on scraps of lettuce, carrot-ends and other rabbit-y delights, occasionally venturing out of our huts to take part in meditation circles or protest against capitalist America. Whilst there’s nothing wrong with those who enjoy these activities, it just isn’t accurate. We don’t all live in hutches and believe in a particular political ideology, and we certainly eat more than just side salads.

I cannot stress enough how important it is to educate yourself. Here are 10 best books about raw foods lifestyle every raw vegan beginner must read.

In fact, the whole point of this diet is to not limit yourself; in fact, you must eat plenty! I know, eating loads and feeling amazing? How awful…

But seriously, for whatever reason (probably the rabbit stereotype), people do think that raw vegan is simply replacing a meal with a solitary punnet of raspberries. In fact, offer these to any raw vegan as a meal and they’ll laugh hysterically, asking where the other 6 are. In a nice way of course; we’re a kind bunch!

As nice as fresh, crisp lettuce can be as part of a meal, to access the living enzymes, vitamins, minerals and macronutrients you need to thrive, I’m talking rainbow fruit platters, of berries, mangoes, bananas and cherries. I’m talking huge bowls of salads: red pepper, celery, radishes, topped with avocado for vital fats and proteins. I’m talking the occasional decadent raw cheesecakes: made from dates and cashews. It’s also worth doing your research on the two of the biggest nutrition myths: that the devil invented carbs and all vegans meet their demise through lack of protein. I’m still living thus far, the last time I checked. You can read about these in more depth here.

The key to going raw, and sticking to it, is eating enough.

Not all calories are created equal, as Freelee the Banana Girl, famous raw-till-4-er, puts it. Raw veganism is about eating the right calories, not a set number. When’s the last time you met an overweight raw vegan or fruitarian? Exactly… and we sure know how to eat.

So instead of a single banana, you need 5. Whip them up with some dates and water in a vitamix into a beautifully thick and creamy smoothie, and you have breakfast. Try a creamy mushroom soup for lunch with some beautiful zucchini bread, and hearty meatloaf for dinner, snacking on as much raw goodness as you need to feel satiated in between.

Not a single lettuce leaf in sight..

4. Eating too much fat

The other pitfall when it comes to nutrition that I often see with raw veganism is eating 78 Larabars a day, along with a bag full of nuts, and a few raw cakes for good measure. Yes, I have been known to do this…

Whilst it’s much better nutritionally to choose these options rather than toxic dairy concoctions, they should be eaten, given their high fat content, in moderation. As raw vegans, we should aim to get most of our calories from the carbs found in fruits and veggies, with moderate amounts of protein and fats from nuts and raw desserts (occasionally!). These proportions will keep us feeling satiated, help us shed excess weight, and have us feeling on top of the world. Of course, in the interest of moderation, I recommend the cookbook Rawsome Vegan Baking for all of your sweet treat needs.

Going from following the standard American diet of a smorgasbord of fatty, grease-laden, toxic foods to a couple of different fruits and veggies per day will certainly improve your health, but might leave you yearning for more of a variety. Luckily, being raw vegan isn’t about restriction – have I mentioned you should eat a lot? – and that’s why it works.

To get all of the macro and micro-nutrients you need, when in the fruit and veggies aisle, go absolutely crazy. Not in a ‘get yourself kicked out and banned forever’ kind of crazy, but be adventurous with your purchases. If you’re used to an apple-a-day, with a few overcooked carrots as part of your dinner, try something different. Mangoes are beautifully sweet and creamy, papaya will add a beautiful color to your rainbow salads, and, if you’re feeling seriously fancy, dragon fruit is packed with fiber and iron. With its bright pink outer layer, it will certainly brighten up your fruit bowl, and amusingly confuse any visitors.. ‘What is that?’

Apart from getting a bit too excited in the supermarket, one of the things I enjoy most about following a raw vegan diet is ‘cooking’ with a rainbow of different foods, in the raw sense of the word at least. To do so, you should consider investing in some kitchen tech that’ll make whipping up raw vegan feasts simple, easy and fun.

6. Not investing in some kitchen tech

You can of course follow a raw vegan diet without minimal kitchen tools and appliances. But part of the fun and adventure of the diet is the range of incredible recipes at your fingertips. At the very least, you’ll need a good knife. Eating a butternut squash without one might prove pretty difficult. I mean you could try smashing it, Hulk-style, but I can’t imagine it would do much for your soft-furnishings when you eventually break it..

To create some seriously outstanding dishes, like this spaghetti bolognese or these lemon pie macaroons (#need), you’ll require a mandoline and a dehydrator, so I recommend investing in some kitchen tech, a guide to which I have lovingly prepared for you. I know, I’m too nice!

Warning: spiralizing can become addictive. But do not, under any circumstances, try it with an uncut watermelon.

7. Not surrounding yourself with like-minded people

One of the hardest parts of trying a vegan or raw vegan diet is undoubtedly the fact that these diets are, luckily, so far removed from the standard American.

We’re bombarded with myths about nutrition everywhere we look, from ‘looking at bread will add 10 pounds to your hips’ to ‘your muscles will waste away within a month if you don’t eat 10,000g of protein a day’, that give the general population the completely wrong idea about what we should and shouldn’t be eating.

Because we, as a society, are not taught about the life-changing and preserving effects of raw vegan diets – the billion-dollar meat and dairy industries might have a part to play in that – you may encounter some strange looks, confusion or utter disbelief when you explain to friends and family that you’re giving it a go.

Most people, of course, are very respectful, and will only scoff when they’re safely back home, telling anyone and everyone that they just couldn’t do it: what would they eat?

But you will get the odd person who just can’t help themselves. Upon hearing that you’re raw vegan, you will notice a big blue vein popping in their forehead, as they try desperately to keep the plethora of really hilarious jokes they have in their arsenal at bay. Sometimes, though, they just can’t manage it, and you will face a barrage of incredibly witty abuse. Such quips include ‘Bacon, though!’, ‘If I gave you a million pounds would you eat meat?’ and ‘Plants have feelings too!’. Like I said, be careful not to die from the fit of hysterics that will ensue.

Remember not to take these ‘jokes’ to heart. I recall wondering what on earth vegans ate when I was first considering it, but look at me now!

The best thing I did was connect with people who shared the same values as me, in regard to my health, the animals and the planet. So use social media for what it was intended: connecting with others.

Search #rawvegan hashtags to find others on Instagram, for nutrition info, cooking tips, and motivation. See if there are any vegan or raw vegan fairs or events close to you, or Facebook groups to join. You might even find that the most carnivorous of those who are already close to you start inquiring about the benefits of the diet, when they see your boundless energy and healthy glow.

Avoid these common mistakes and you’ll be raw vegan for way longer than 57 minutes. In fact, you’ll be life-long raw connoisseur, eating an array of beautiful foods, never going hungry and being surrounded by others who share the same ethos. You might even inspire friends and family to make the change. Or at least they’ll find out what a dragon fruit is…

What is the Best Juicer Machine on the Market in 2020?

How to start a raw vegan lifestyle

How to Live as a Raw Vegan on a Budget

The Fruitarian Diet: What Is It and Should I Try It?

A Guide To The Best Food Processor For Raw Food Diets 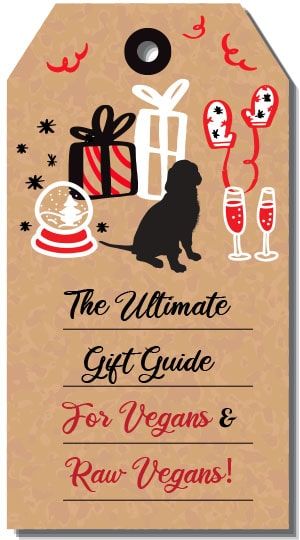